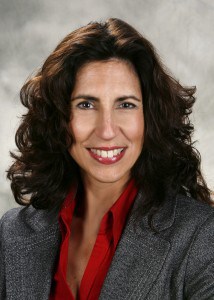 The use of social media has exploded over the last few years.  According to recent studies, nearly half of all Americans have a social media profile, and Facebook has surpassed Google as the most popular internet site.  Healthcare-related information has become a highly researched topic on the internet. Patients look to places such as Angie’s List for recommendations about specific providers.  Patient social network communities are also flourishing.  Such communities enable patients to share their experiences about providers, treatments, products or procedures as well as to obtain general information about a specific diagnosis or condition.  However, information found on the internet is not always accurate.  Thus, the ability of providers to control the dissemination of healthcare information can be beneficial to the provider and patient alike.

Many hospitals and health systems have recognized the advantages of using social media networks to convey their message.  As of January 23, 2011, according to a study by Ed Bennett (reported in Found in Cache), 906 hospitals were using social media, and some have hired full time social media directors.  Hospitals with social media profiles use social networks to market their services, provide information about new procedures or the addition of new physicians to the staff, conduct patient outreach and provide general patient education such as information about disease prevention and wellness.  Many have prepared YouTube videos to provide education in an entertaining and informative way, and some physicians and patients are posting live video of, or tweeting during, procedures.  Others are using social media in connection with fundraising campaigns.  One of the most prevalent and successful uses of social media by healthcare organizations is recruiting.

Social media’s potential to reach such a widespread audience is a marketing dream, but it can become a risk management nightmare.  When people post comments using social media, the communications tend to be very informal streams of consciousness or simple sound bytes.  Strategically created sound bytes can be a powerful marketing tool if catchy and on point with the intended message.  However, a sound byte may be taken out of context, convey an unintended tone, and even be erroneous if the post is incomplete.

Most users also have a false sense of privacy or confidentiality when using Facebook, and it is important to keep in mind that staff members and patients alike often share this misconception.

As a result of these misconceptions,  many issues may arise from the use of social media by physicians, staff members and others within the organization.  First and foremost are the privacy concerns that arise from social network communications.  A Google search will easily uncover horror stories of pictures of or comments about patients being posted on Facebook by hospital staff.  Similar privacy issues may arise as a result of the use of cell phone cameras and other electronic devices by patients and visitors within the hospital.  A number of potential issues are raised if physicians (or other independent practitioners) “friend” patients.  In such situations, physicians need to be sensitive about providing patient specific medical advice, as such communications not only raise privacy concerns but also could be construed as creating a physician-patient relationship where none otherwise existed.  Such relationship, if shown to exist, could likewise lead to issues of patient abandonment if such “care” is not continued.  If the patient is located in a state other than where the physician is licensed to practice, licensure issues may arise as well.  Moreover, content of social network discussions is essentially permanent once posted and may be discovered in litigation at any time.

Other potential issues may arise based on the nature or content of a given statement, as well as any action taken by an employer as a result.  Specific content may lead to claims of defamation.  Posts by a staff member about a patient, or by a supervisor to  a subordinate he or she has “friended” may also generate harassment claims.  These scenarios can also prove particularly problematic, as disciplinary action taken by the employer as a result of such conduct can implicate labor and employment laws.  Similarly, methods used by hospitals or health systems to review and monitor social networking sites in their recruitment efforts as well as with respect to existing employees, and the hiring and firing decisions that are made based on the information contained on such social network sites, can raise privacy, security and labor and employment issues.  Even posts “sponsored” by the organization need to be carefully crafted to ensure that they are accurate and do not run afoul of consumer protection laws or make guarantees of results.

Many of these issues are not unique to social networking but are exacerbated by the ability of information to go “viral” when posted on such platforms.  However, given the potential benefits that social media has to offer for the very same reasons of such widespread and rapid dissemination of information, healthcare providers should embrace such platforms.  It is also vital that facilities adopt, implement and enforce a social media policy that enables employees to utilize social media in a responsible and appropriate manner, in compliance with applicable laws.

The Ultimate Guide for Facebook Video Ads that Marketers are Looking for!

What Social Media Is Doing To Your Teenage Patients

Is Social Media Addiction Real – And How Do We Treat It?

VNA Loves its Fans and its Followers